A Holiday Concert by The Michael Teolis Singers 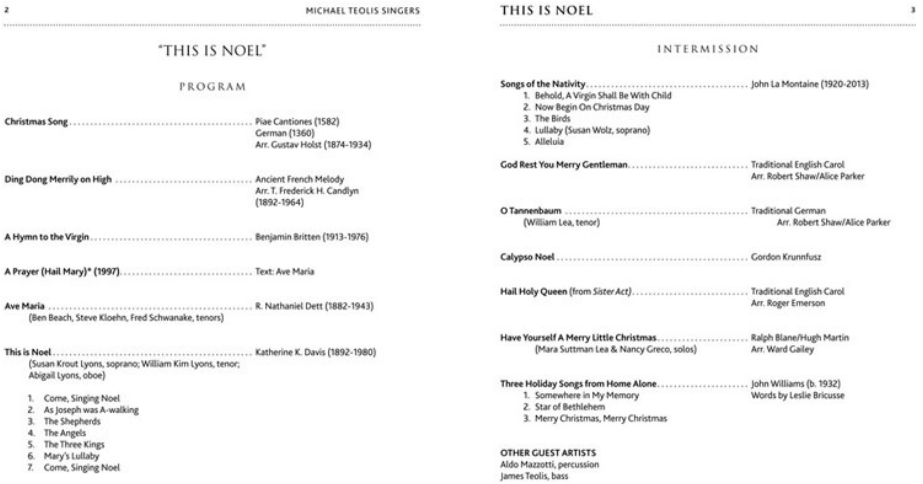 Our annual holiday concert will feature some rarely heard, amazing musical gems, as well as some holiday staples. The centerpiece will be Katherine K. Davis’ original Christmas cantata “This is Noel.” Besides being noted for “The Carol of the Drum” (aka “The Little Drummer Boy”), Davis (1892-1980) was a prolific composer of over 600 compositions, including seven operas, cantatas, and pieces for organ and piano. We will also present the enchanting “Songs of the Nativity,” by Oak Park native, John La Montaine. A composer and pianist, La Montaine (1920-2013) was a Pulitzer Prize winner, who studied with Howard Hanson and Nadia Boulanger, and composed several operas, symphonic works, and vocal works. Also included on the program are “Three Holiday Songs from Home Alone," some carol arrangements by Robert Shaw and Alice Parker, as well as some other arrangements of familiar songs and carols.
Saturday, December 7, 2013, 7:30 PM
﻿First United Methodist Church of Oak Park﻿
324 N. Oak Park Ave.
Oak Park, IL 60302